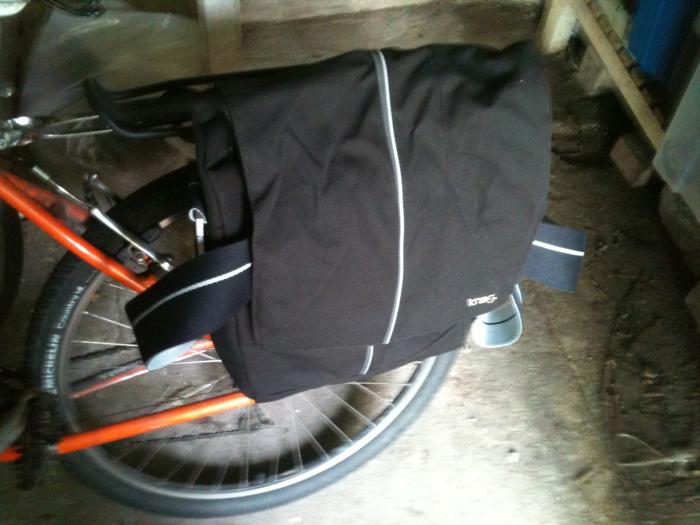 I had been looking around for a messenger bag that can also be used as a pannier bag, as I tend to use a backpack when cycling with my laptop as I find a messenger bag moves around to much and I don’t like the unevenness of the weight distribution, but then would prefer a messenger bag when i’m back on foot.

I was surprised at the lack of available options on the market but eventually found this on from an Australian company called Knog. . This one (bought from chain reaction cycles) is suitable for up to 15″ laptops and has a showerproof canvas outer. There is a clever pull out silver reflective rain cover in a pocket at the back, if you get caught in heavy rain. There is also a waterproof version, but I wanted something that was primarily a comfy messenger bag, that also happens to work as a pannier, rather than a pannier bag that I can carry round.

As for the pannier attachment – it fits to a socket on the back of the bag, there are also attachments available (but bought seperately) to convert it to a backpack or handlebar mount, both of which I could see as being useful.

I’ve yet to use it in anger, but will update this blog post if I find any problems.