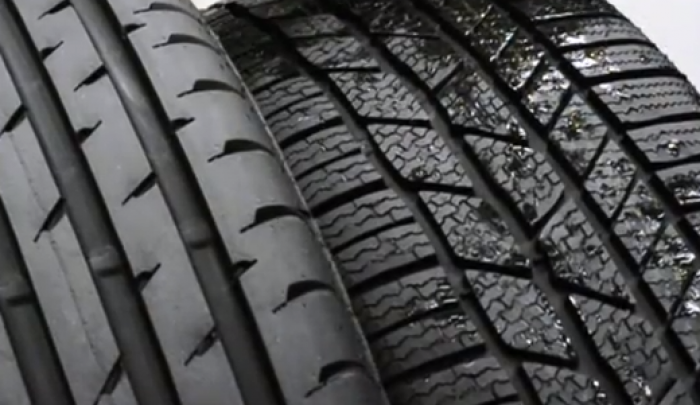 Before we set off on our cross-country trip just before christmas, I started looking into winter tyres for Rocky. Unlike other Northern European countries, winter tyres are not compulsory in the UK, and many people don’t think they are worth the expense and hassle, as we don’t get much snow here. Instead, we dump tonnes of salt on the roads at the slightest hint of frost, which explains why old UK vehicles suffer from so much rust compared to other countries!

Winter tyres aren’t just for snow – the main difference to summer tyres is that they have a softer rubber compound which helps them grip in cold temperatures, when summer tyres harden up and become next to useless. They also have a more complex tread pattern. I can’t help feeling that UK drivers are a laughing stock across Northern Europe, with our entire road network grinding to a halt at the slightest hint of snow and ice!

With the possibility of snow in Derbyshire I thought it was worth looking into, and I was lucky enough to find a set the right size on gumtree at a fraction of the cost of buying a new set. Funnily enough when I went to pick them up, the couple who I bought them from told me their son had taken them off a T3 he had bought in Austria – he had them fitted just for the one trip, as they were compulsory for the Austrian leg of the journey.

After picking up the tyres, I got a local tyre place to fit them to my existing wheels, and thanks to a very generous person on the club 80 – 90 forum, I now also have a spare set of wheels sitting in my shed ready for my summer tyres to be fitted to. I can then swap them over myself in the spring when (please!) the temperature rises. Winter tyres work fine in the summer, but being softer rubber will wear faster, are noisier (not that you’ll hear them above the engine in Rocky), and decrease fuel consumption, so it’s worth swapping back when they aren’t required.

Predictably I haven’t actually needed to drive in the snow yet, and I also haven’t driven Rocky in the snow with summer tyres, so i’m not qualified to comment on the difference, but i’ve heard from many people that the difference is massive. I’ve been told many a time that a two wheel drive vehicle with winter tyres is better in the snow than a four wheel drive with summer (or the compromise “all season” tyres), but this is just anecdotal.

If you have any doubt though, take a look at this video, showing the difference. If you can’t watch the video, or haven’t got time, it shows that the winter tyres are drastically better in the snow, and also better in general at temperatures below 7 degrees celcius.