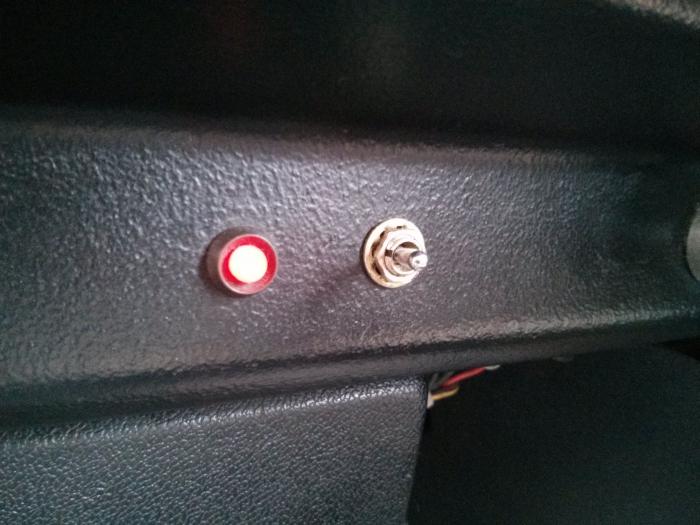 Does your camper have a WTF switch? Rocky has three – two on the dash and one on the outside of the wardrobe. Having a vehicle several decades old means that various modifications have been made by previous owners, that aren’t necessarily documented.

I’ve managed to work out what two of my WTF switches do – precisely nothing! No mystery wires attached, their one-time purpose lost to history. The third, a small toggle switch near the heater controls, still remains a mystery – it also has a mystery LED next to it – the LED is sometimes on, sometimes off, but the switch has no effect on this, and no other noticeable effect on anything else.

I asked on a web forum if anyone had any idea what it might be for – sarcastic suggestions included “next door’s doorbell?”. I haven’t had the opportunity to test that theory yet!

Of course i’ll never really know until i’ve removed a few bits and pieces and traced the wires to see where they go. I suspect it might be related to the leisure battery, but that’s a guess, so one day I will work it out. Until then I haven’t got a clue WTF it is..