One of the oldest production web applications i’ve ever built is still happily running mission-critical operations for a small distribution company. I’ll be the first to admit that it is a bit of a mess of different “eras” of code – some of it is even still running classic ASP, which is being slowly (i.e. over a period of years) but surely replaced with PHP5 code. One thing i’m sure about though is that to rebuild the system entirely using something like Django would take months, if not years. So it is is destined to stay as PHP, and therefore as long as it is running and i’m involved with it, i’ll still be writing PHP. I’m fine with this, PHP runs half the internet, was written specifically for the internet, is easily learned and is improving as a language all the time. PHP is a fully Object Orientated language these days, but judging from a recent thread on the underscore mailing list, the perception of PHP remains as warped as ever in the eyes of “proper” programmers!

I’ve managed to sort a couple of things this year that have been missing from my life – firstly, i’ve been doing a bit of mobile working from my camper van office, and secondly i’ve joined a band, after a hiatus of ten years! My last band (Braxton Hicks) was a 9-piece Acid Jazz/ Funk/ Soul band, this new band (name still undecided) is a 3-piece surf-rock trio. We’re still getting a set together, but will be looking for gigs soon! 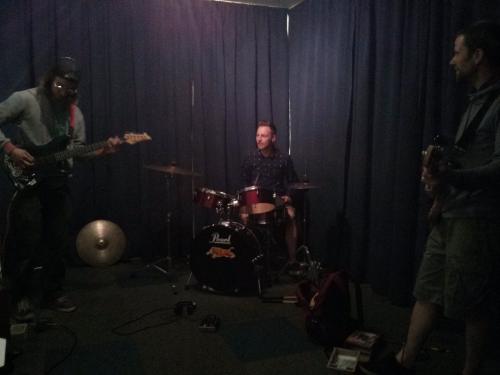