An off-hand comment I heard about PloneFormGen while I was at plone conference has possibly just payed for most of the conference and travel expense to get to Seattle. I can’t remember where I heard it, but someone mentioned that it was a nice product. I stuck it on my mental to-do list to try it out…

I’m currently working on a site that is close to going live and I had an email waiting for me from the client on friday, saying something like “by the way, can you change that join button so that it sais join our mailing list?” The conversation that followed let me establish that in fact what they wanted was a custom contact form with a few extra options. Usually I would then proceed to hack the contact form and mail script around to achieve this – knowing that I would have to be careful not to lose my customisations if I upgraded or reskinned the site, but this time I decided to try PloneFormGen.

Now that really was painless, really easy to figure out (i’m one of those people who you have to threaten with physical violence before I will RTFM). Thumbs up to Steve McMahon for a very useful product 🙂 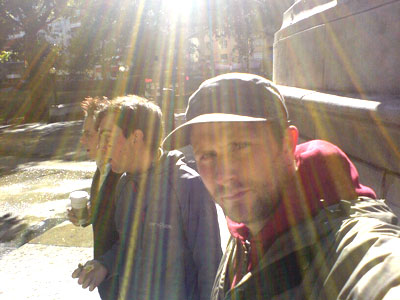 I intended to do a comprehensive wrap up of our trip to plone conference in seattle (and stopover in new york), but it is still a bit of a blur, and i’m still jetlagged (ok, i’m just a lightweight, i’m always sleepy). I need to have a look at all the presentation material and my notes, so I promise to write something up and provide some feedback to the presenters in the next week.

The major insight (plonewise) to come out of this week is that resistance to Zope 3 is futile, in fact i’m quite excited about the idea now 🙂

The final afternoon and I face the trickiest decision over which session to attend – all three tracks look useful. I wanted to go to Nate Aune’s multimedia and podcasting tutorial, but i’m fairly well up to speed on that already, but it was difficult to decide between the KSS/ Azax and the UI’s 2.0 tutorials. I plumped for KSS on the basis that I have no idea what it is.. 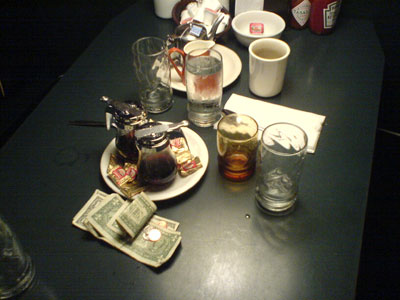 it’s the start of day three of plone conference 2006 and I am stuffed with both plone knowlege and lovely delicious fatty food. This hasn’t been as debauched as previous conferences (for the netsight contingent at least) as the jet lag has made us flake out in the evening before we manage to to do any serious damage to our livers.

Last night we took a cab up to a mall to try to procure some cheap consumer electronics – the cab ride there and back was an experience in itself – the first driver hadn’t got a clue where he was going and was asking for directions from us, while mysteriously changing lanes and indicating for no reason – the driver on the way back thought he was in Gran Turismo or something. 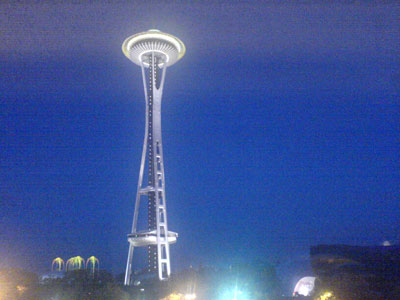 i’m two days into plone conference 2006 and it has all been a bit of a whirlwind so far. I’m eight hours behind UK time and travelled 26 hours to get here after missing our connecting flight in houston, thanks to some helpful individual at passport control who wouldn’t let us jump the queue.

so far we haven’t ventured much further than three or four blocks away from the venue, but luckily there are ample bars and restaurants close by. The hotel has good wifi, the conference venue wifi has been intermittent but seems to be improving. I’ve been too busy to blog much, but I have uploaded one or two photos to flicker.

The conference itself has been interesting and the keynote this morning has given me a clearer understanding of where plone is at the moment and where it is going. I was also pleased to note that I am not alone in having trouble with migrations between version and at least it is a recognised issue and much thought and effort is going into a solution, and that solution involves being able to dump a sites content into an intermediate format that can be used to populate a new site, thus giving me a way to get my content where I can see it, rather than hidden in zodb/zexp voodoo.