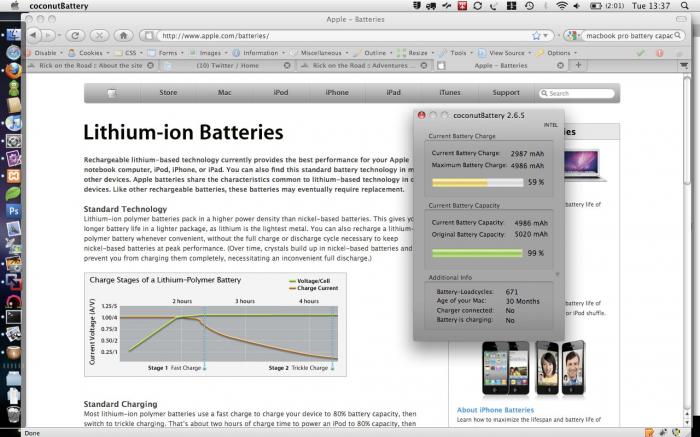 The start of day two and i’m preparing to abandon the experiment. The tiny amount of charge I managed to get into the power gorilla yesterday only gave me 30 minutes worth of macbook, so at 10am i’m back in a cafe on borrowed mains.

I think I was very over-optimistic about how much I would get out of the leisure battery yesterday – I thought that maybe by getting at least one charge a day from the leisure battery and relying on the solar+powergorilla combo for the rest of the day, I might just make it through the week.

The experiment isn’t wasted though – as a friend said to me yesterday, a failed experiment is just as useful as a successful one. I can conclude that I can’t expect to sustainably get full working days out of my current set up. In fact, I can only just expect to get one full working day from the macbook, starting with fully charged leisure battery and powergorilla.

I therefore need to look at either getting hold of more kit (we actually have a couple of samples of alternative portable solar and battery products on their way to us at light planet), or planning the working patterns of my road trip (an extended family holiday), around charging time. I’m reluctant to consider a bigger leisure battery, as we only have a very small boot in the car which will already be overflowing with camping gear, plus a bigger battery just means more charging needed.

Several people have pointed out that the new macbooks and macbook pros claim 9 – 10 hours of battery life. I’m not rushing out to buy one though, because I suspect that a significant of this gain is because it is a higher capacity battery, so will therefore need more charging. I know there are probably other efficiencies in the macbook itself, but £1000+ is a lot to pay, especially if i’m going to leave it hanging around charging in a tent! My £200 netbook also claims 9.5 hours, and I think this is realistic. The battery capacity however is the same as the macbook, so will require a similar amount of charge.

One thing i’m keen to see is if it is possible to fully charge the powergorilla from the solar gorilla in one day, on a cloudy day in the UK. See – i’m still optimistic!

3pm and i’m just starting to run out of the “illegal” charge from the cafe earlier. I check the powergorilla which has been charging from the solar gorilla since 8am, and it is only showing 3 out of 6 bars. I don’t want to discontinue that experiment, so I plug into the leisure battery again to see if the solar charging from yesterday afternoon amounted to anything. It’s difficult to make out where the sun is (see the flaw in my solar charging plan?), so i’m not sure if it is worth moving the solargorilla to the front of the house yet.

When the leisure battery gets too low to sustain a charge, the DC-DC converter starts to make a high pitched noise and get very hot, so it can’t be left unattended. This happened after about ten minutes. It added 10 minutes to the estimated macbook charge, so yesterday afternoons solar charging amounted to about 20 minutes macbook charge.

I have an important project to push out of the door, so at 3.22pm as I reach for the mains adapter, this experiment is officially over (for now).