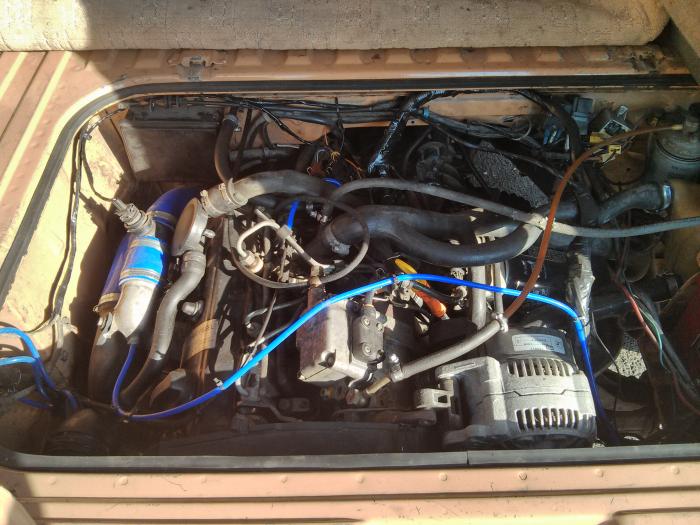 Those of you who have been following along will know that last year, Rocky’s original 1.6 CS diesel was replaced with a 1.9 1Y engine from a mk3 golf. This was a good upgrade and I would likely have happily plodded around with the 1Y engine for years, had the engine not turned out to be drinking an unsustainable amount of oil.

So while deciding what to do about the situation, I phoned Phil at Millers Motor Services and he very generously offered to trade the engine in against a 90bhp 1.9 1z Tdi engine he had waiting, from a mk3 golf. Millers specialise in engine conversions and have been refining their set-up for the T25 1z Tdi conversion. Whereas the 1Y conversion was almost a straight swap, fitting a Tdi is a more complex install because of the additional wiring and fabrication work. The trade-off is increased complexity versus increased efficiency and performance.

Although the 1Y was an acceptable improvement over the CS, the Tdi is much more of an upgrade and brings the performance of the T25 in line with more modern vans. The VW 1z Tdi is renowned for is reliability, and (if looked after properly) should last for multiple hundreds of thousands of miles. As it has an OBD port for diagnostics, most garages can perform diagnostics on it, and spares should be more readily available than the older vw diesel engines.

After a small amount of deliberation, I decided to go for it, and dropped Rocky down to his unit in Launceston in North Cornwall. 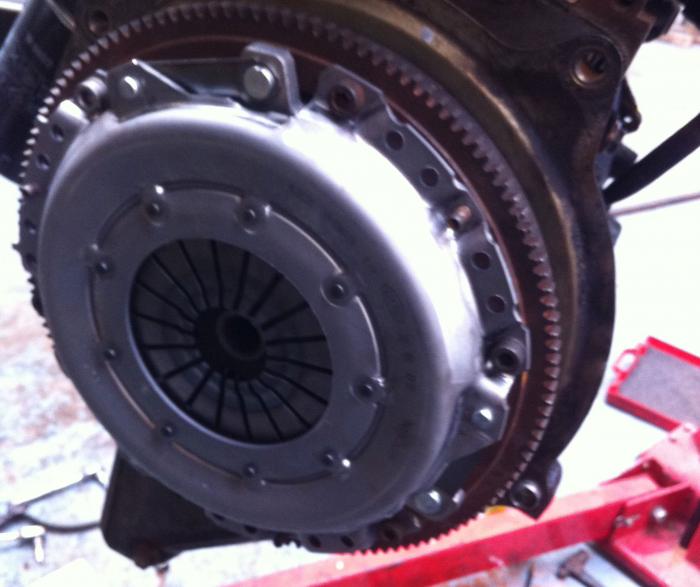 The clutch was replaced with a new JX clutch kit. The engine mounts to a standard diesel bell-housing and is using my original 1.6 diesel starter motor. So far the starter has had no problem at all with starting the engine, in fact it seems to turn over easier than the CS and 1Y did. It also uses a standard input shaft, but like the 1Y conversion, requires a spigot bearing. 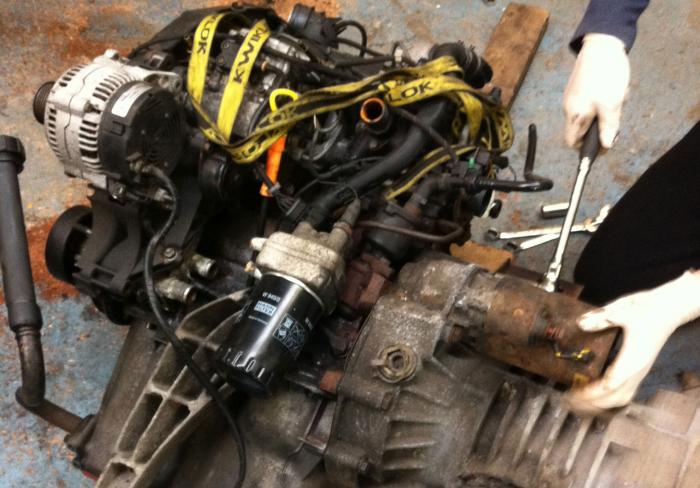 The gear ratios in my original 4 speed diesel gearbox are too low for a Tdi engine, the revs would be at something like 3,500 rpm at 60mph. The long-term solution will be to have this gearbox rebuilt with bespoke gearing to suit a Tdi, but in the meantime this has been swapped for a gearbox from a petrol T25, which has slightly higher gearing. This is enough to allow comfortable crusing at 60 – 65mph, but the revs are very high above this speed. Although the “new” gearbox (unsure of the code – it’s not visible) is technically a 5-speed, the extra gear is actually an extra-low crawler gear rather than a cruising gear – this is the case for all T25 5-speed boxes, so there is nothing to be gained from swapping from a T25 4-speed gearbox to a 5-speed unless you want to tow heavy trailers up steep hills.

The alternative gearbox solution would be to use a “flipped” gearbox from a different front-wheel drive vehicle such as a passat. This would require the engine to be mounted in a different position and more custom fabrication work (and hence higher installation cost). 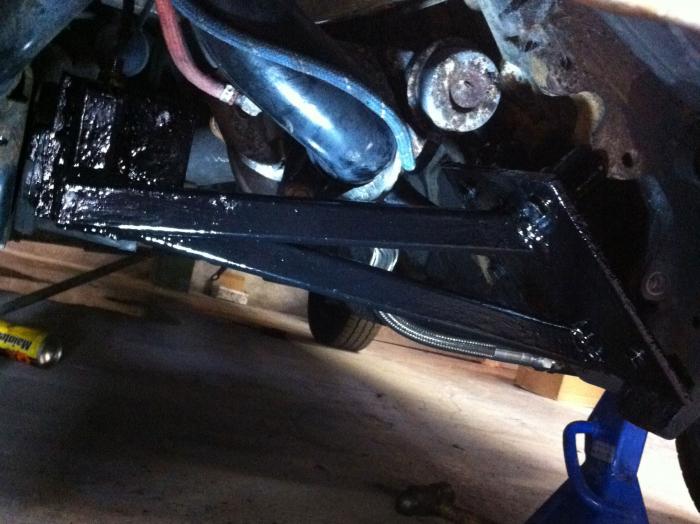 The 1z is installed at an angle, like the original diesel engines in a T25, but the nearside engine mount is not a straight swap, so a custom mount was fabricated fo the job. 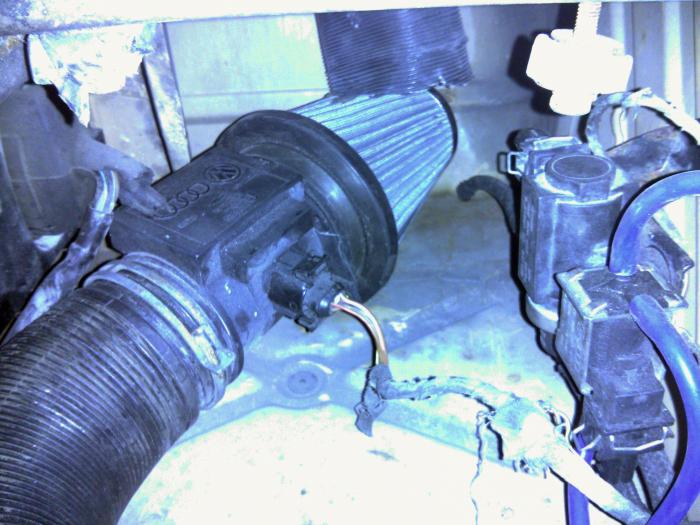 The air box was removed and a cone filter was installed behind the rear light cluster, directly below a duct leading up to the nearside air vent. 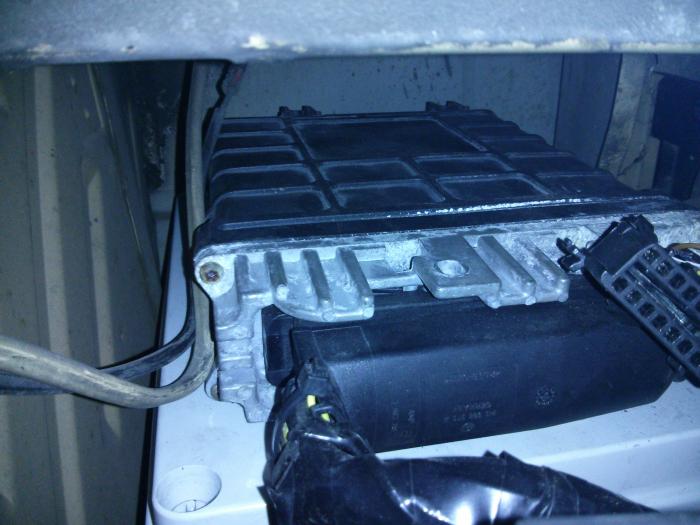 The ECU is installed behind the battery, providing easy access to the OBD port. This is an early ECU, and does not have an integrated immobiliser, which makes the wiring installation simpler. 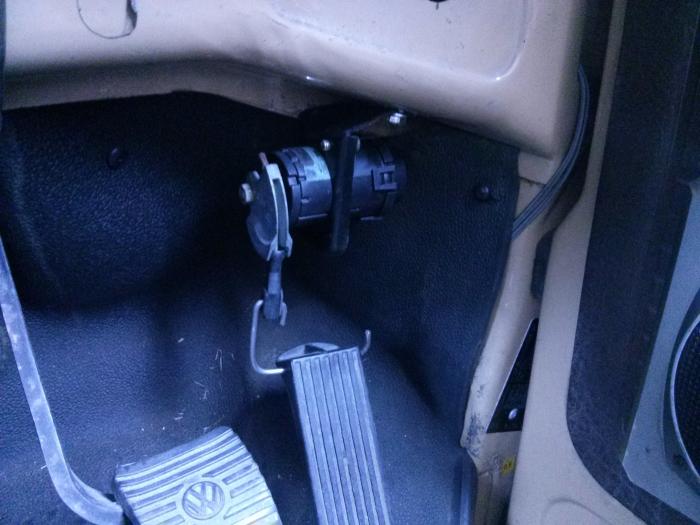 The 1z is a “fly-by-wire” engine, so the throttle potentiometer was installed in the footwell. The alternative is to install it in the engine bay and use the existing cable to operate it, but this method means a much lighter throttle pedal. The downside is that it took a bit of getting used to at first while wearing big boots! 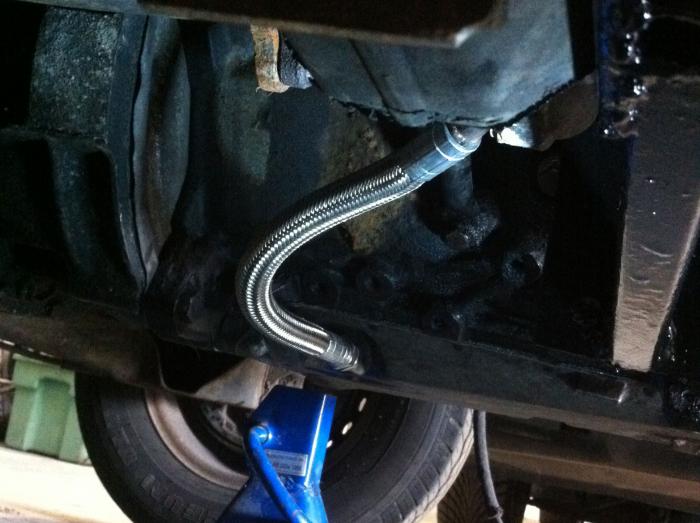 The turbo oil return line was fabricated to feed in to a JX sump. It would also have been possible to use the original CS sump with an adapter kit. 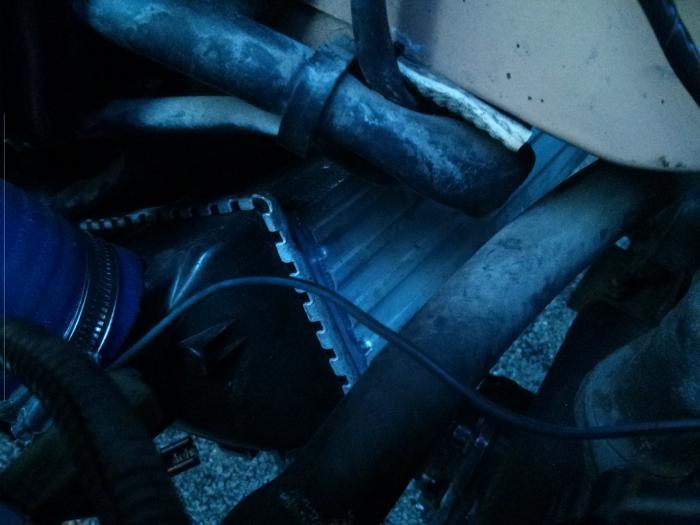 The intercooler is from a Citroen Xsara Picasso, and is mounted alongside the transmission, angled to receive sufficient airflow. 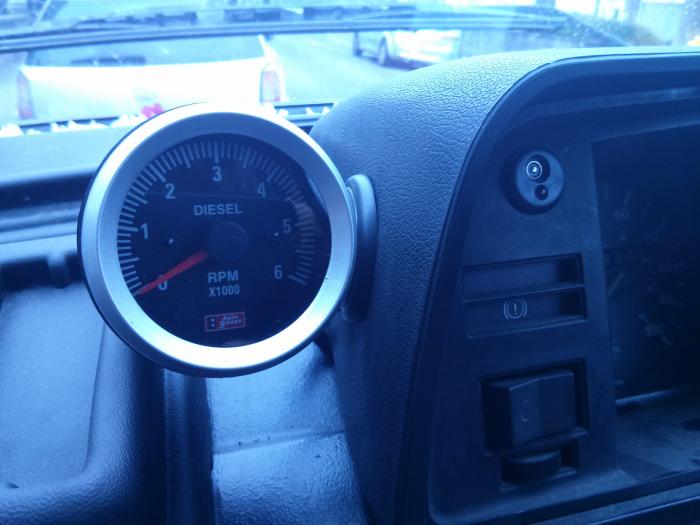 As my original diesel instrument cluster doesn’t have a rev counter, I asked Phil to install this after-market tacho on the dash. This is driven by a feed from the ECU. 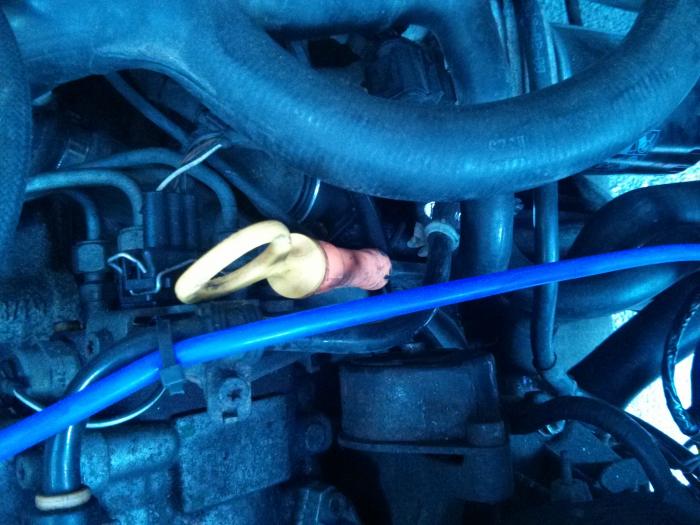 Having always had trouble with the curved dipstick set-up on my previous engine (accessed in the standard T25 way via the number plate flap), after a bit of research, I decided that I wanted a straight dipstick. I ordered a specifically modified dipstick for a T25 1z conversion mounted at 50 degrees from Greaseworks in the states. I have to admit I ended up paying way over the odds for this after paying for express shipping and import tax, but it does the trick. I’ve retained a T25 oil filler for now, but may blank this off and install an angled filler cap on the rocker cover, as i’ll have to open the engine bay to check the oil level anyway. 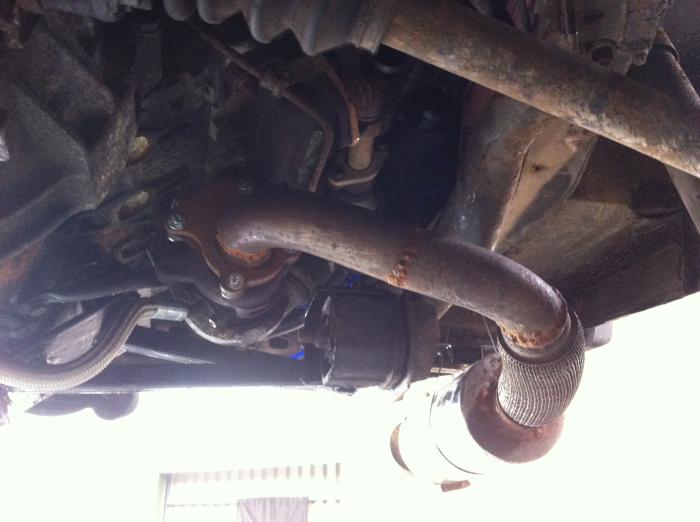 It would have been possible to use my original exhaust with a bit of fabrication work to adapt it, but it wasn’t in brilliant shape and Phil had a custom exhaust available from a previous 1z conversion, so this was fitted.

So how does it go?

So far, which at time of writing is about four hours of driving, split between hilly Devon and Cornwall A-Roads and crusing back to Bristol on the M5, it has performed brilliantly. The difference in torque is massive, especially on hills. It feels safer to drive because it’s easier to get up to speed pulling on to roundabouts and out of junctions. On the motorway it is quieter, and happily zips up to the legal speed limit to overtake lorries in the slow lane, but with this gearbox it is definitely happiest cruisng at 60 – 65mph. It is safe to say that I am a very happy customer, and looking forward to seeing how this engine performs long-term.

If you are interested in knowing more about getting a Tdi engine installed in your VW T25 by a specialist, speak to Phil and Kev at Millers Motor Services on 01566 248554 millersmotorservices@gmail.com.