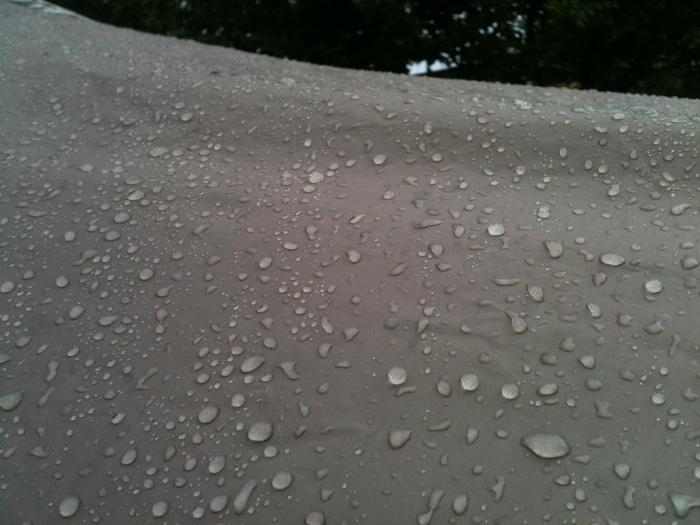 I had been doing really well keeping stuff charged by solar power alone in the good weather, but three days of cloud and torrential rain resulted in me borrowing a mains adapter from the campsite reception and turning the boot of my car into a charging station.

The final straw was torrential rain yesterday afternoon leaving us huddled in the quechua base tent watching a film on the laptop. A nearly flat macbook was topped up with a half charged powergorilla (the result of 2 days solar charging) and we just made it all the way through Tom Hank’s “Big” with a few minutes battery time left.

It was only sheer luck that we happened to be on a pitch with mains hook up – most of the sites have more choice if you don’t need electric, but we ended up on a pitch with mains. I need to get hold of a proper electric hook up lead – I wasn’t sure if UK/Europe mains hook up leads were the same or not, and the leads I looked at in the UK were very bulky, so I decided against it.

I’ve just returned from the campsite bar after unsuccessfully trying to use the campsite wifi – it keeps going offline because of power surges apparently. I guess I should be getting a lead with a surge protector built in. Meanwhile we sit out the storm with a medley of films, and frequent dashes to the car boot charging station to swap chargers over.

On a brighter note, the Quechua tents are holding up a treat in the rain 🙂