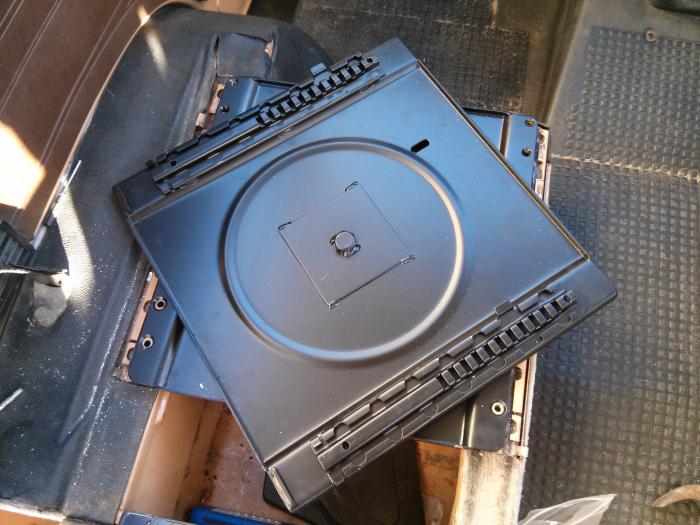 First a disclaimer – I am probably one of the worst amateur mechanics out there, follow my advice at your own risk! These are not official instructions, just the method I used through trial and error…

I ordered a T25 Seat swivel plate from Just Kampers, and was confused to find it came with no instructions whatsoever. I wanted to have some idea of how long the job would take, and what work would be involved so started searching the forums. I found some fairly contradictory advice, but was pleased to read that it is a fairly simple job. Basically the plate has seat runners on the top, which the seat attaches to. The bottom of the plate bolts to the top of the existing fixed runners in the van. No welding required. Here are the steps I took to fit it to the passenger side of my T25:-