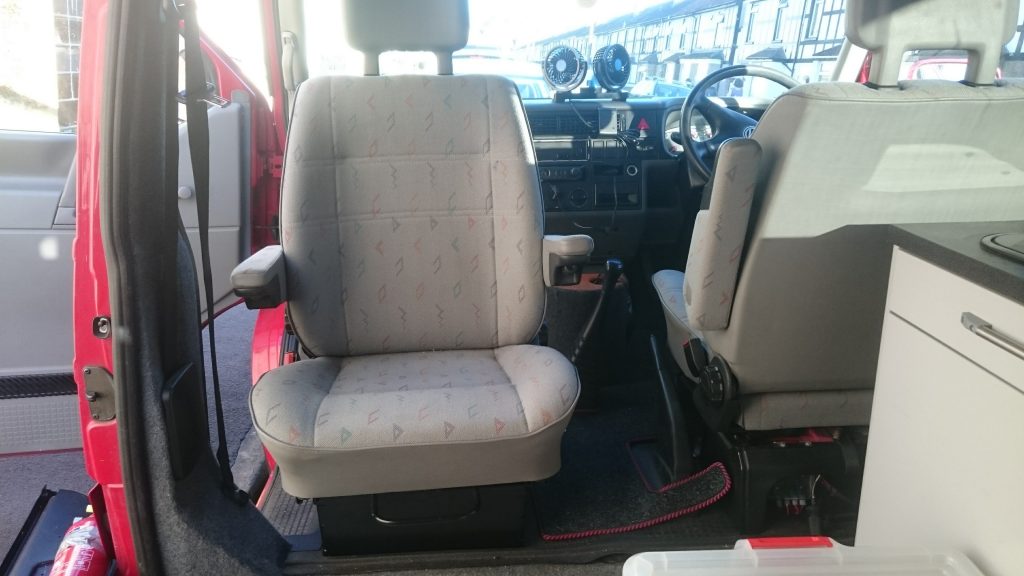 One of the first jobs on the list when we bought Hercules was a swivel base for the passenger seat. T4 vans come with either a double passenger seat, so you can fit three people up front (would be handy actually, as we only have four seat-belted seats), or a single passenger captain seat. Hercules came with the latter.

I ordered one from SVB Accessories , on the basis that it was crash-tested and a good price. They also do a version with a built-in safe which I was tempted by, but i’m kind of reluctant to put a (visible) safe in the van, as to me it kind of advertises to a potential thief where you keep your valuables. Or maybe you could double-bluff and have a visible safe as a distraction, but keep your valuables somewhere else!

Having had much older vehicles, I wasn’t sure how long this job would take, but luckily it went entirely to plan. Firstly, I slid the seat all the way back, and undid the allen bolts which hold the seat rails to the base. 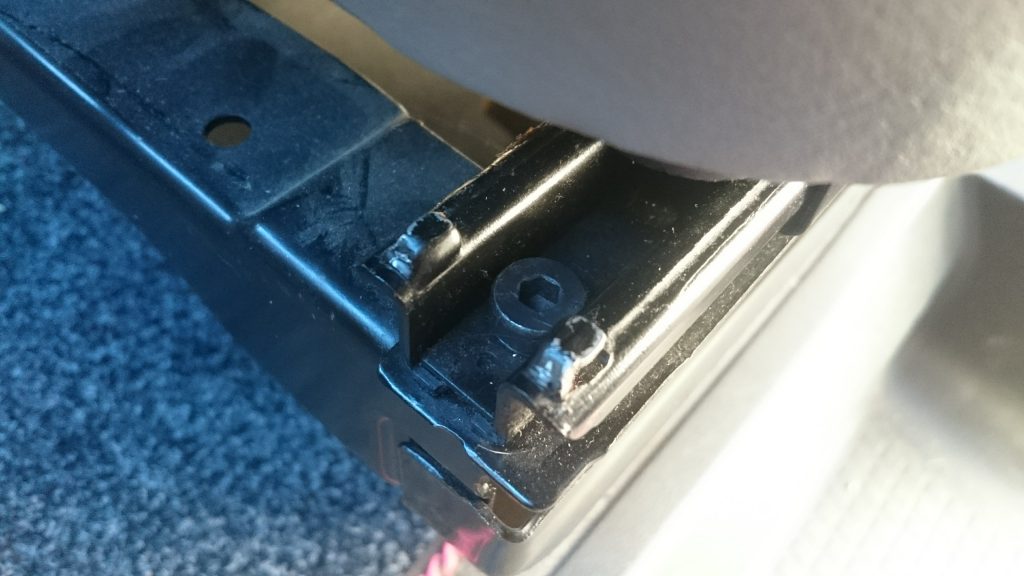 Then I slid the seat all the way forwards and undid the allen bolts at the rear of the rails. 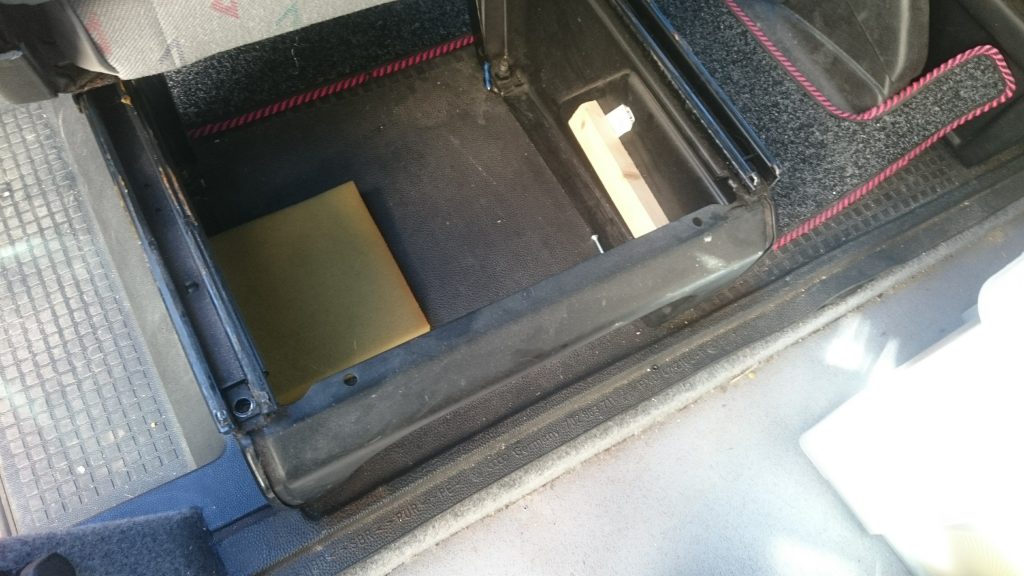 Then you can remove the seat, with rails still attached. 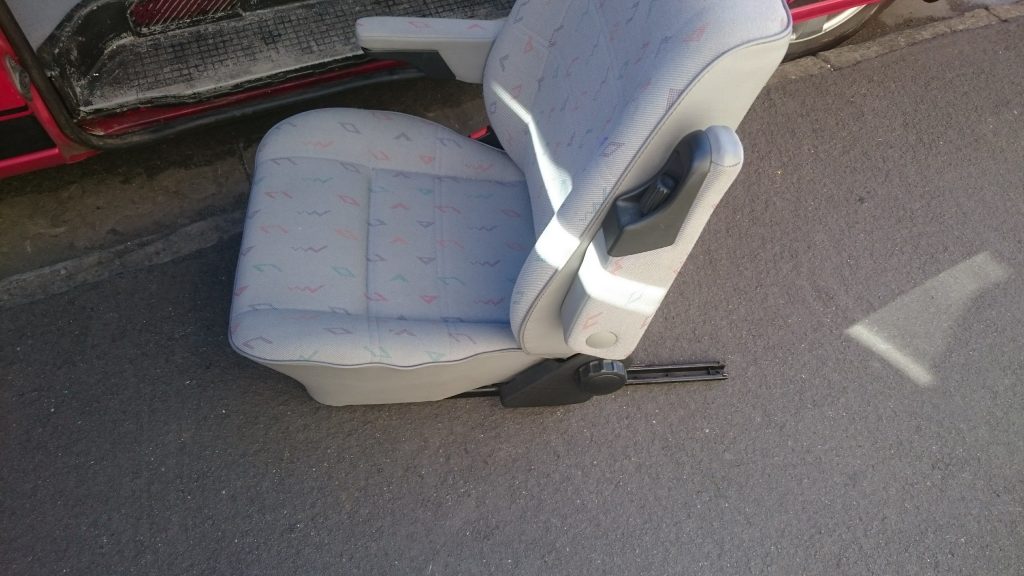 Using a socket wrench, you then undo the four nuts on the bolts which attach the seat base to the cab floor. 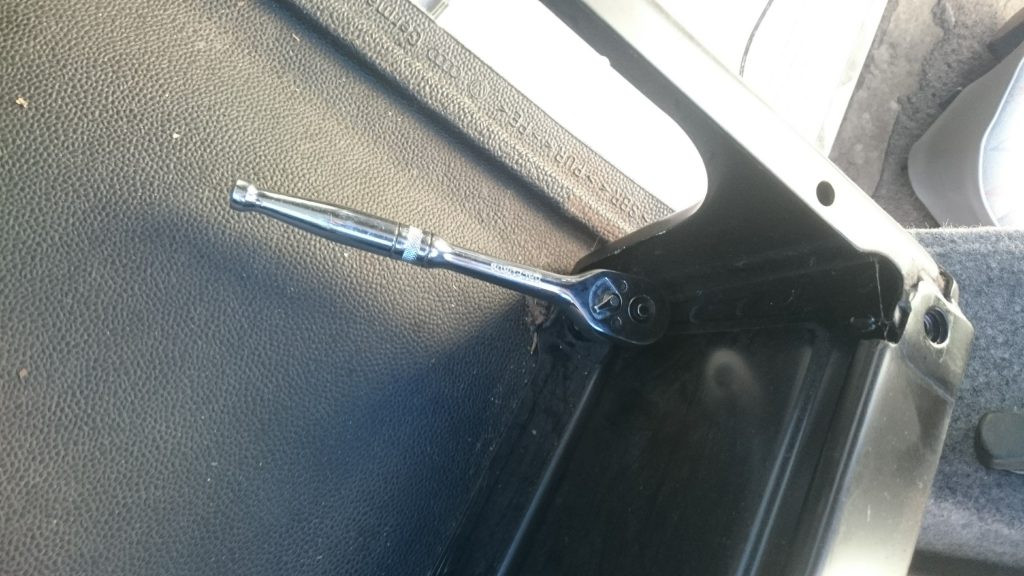 Then you bolt the swivel seat base in, and attach the rails to it. The base came provided with bolts, but I used the original allen bolts (as they sit flush inside the rails) with the nuts from the provided bolts. 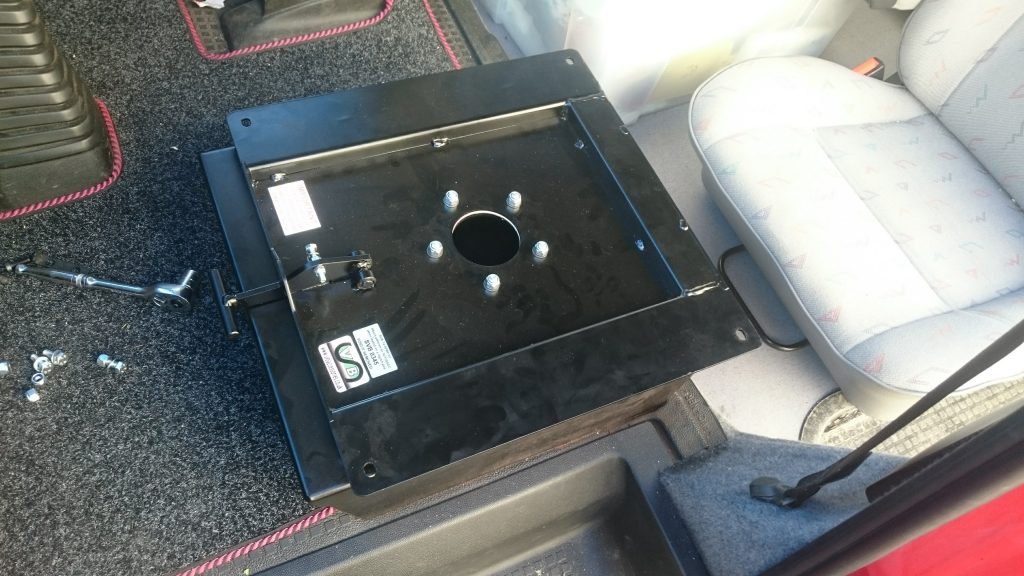 All in all probably 25 minutes, which is a miracle for me, as I have been known to make a 25 minute job last all weekend!